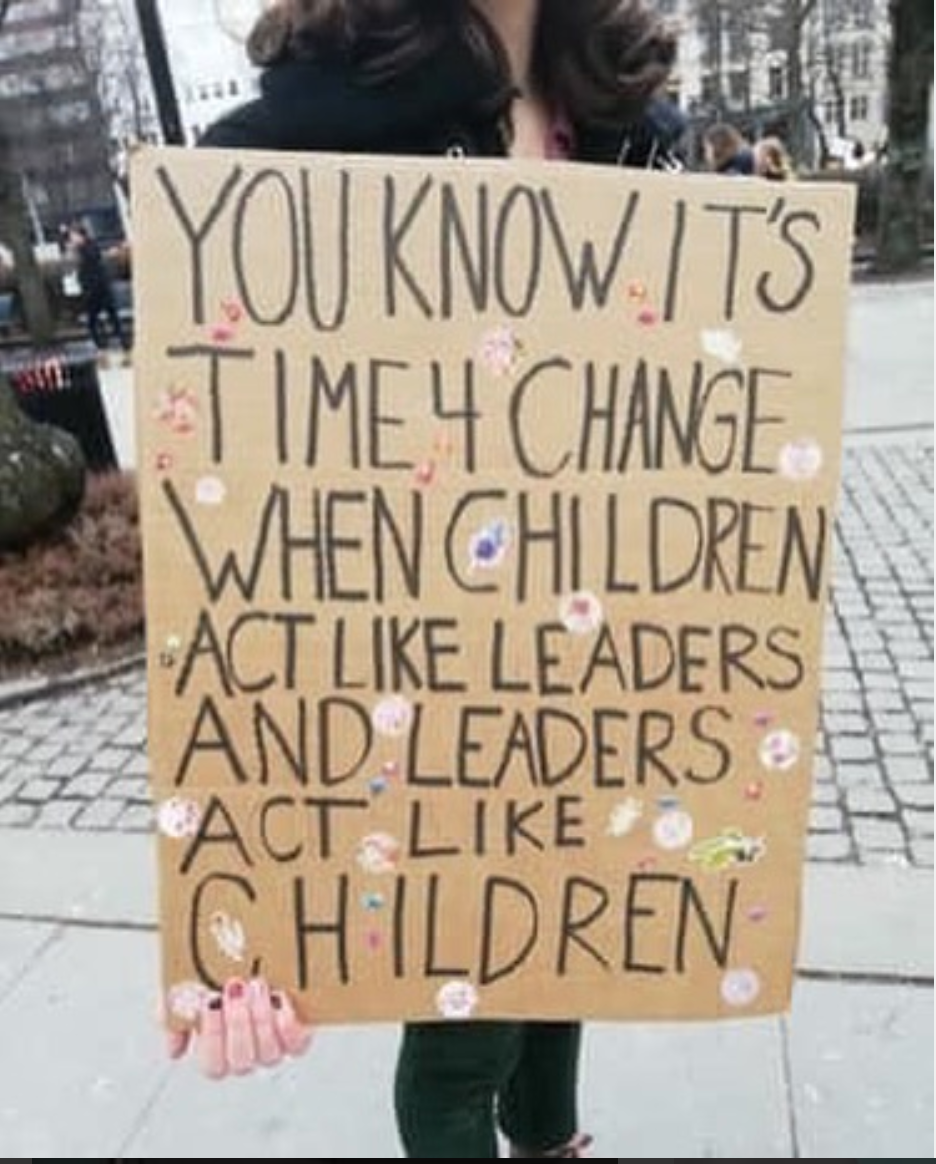 It is time to take our dreams seriously and to turn, them into strategies

November 2021, Glasgow is welcoming the world conference on climate change...Has the city become the world's capital of  KIDS-NAPPING this week? Seeing some of the heads of States asleep during sessions in Glasgow is really questioning! Are they really that tired? Or are their schedules so tight that there was no "jet lag" adaptation period foreseen? Was or were there too many introduction sessions to the local star beverages such as Whiskies and Malts? Was Haggis hard to digest for some?As our world stands at the edge of a final precipice, isn't it a bit shocking (to utilize the "understatement" approach so dear to our British friends) to witness such situations? Then, there is the absence of famous major "players" without whom no "serious" projections can be made...

As Gunter Anders said: "There is no greater danger than the lack of seriousness among the powerful".

We know, deep down, that we cannot turn to those who, even if they are in a position of power, have neither the vision nor the wisdom to provide the proposed solutions to the issues of our time. We know that they deal with ECO-system issues with a too narrow EGO-system awareness.

The most interesting people are not necessarily in the desire to make politics. At least, not the old way. But all of us are actors of change, shaping the Society we are living in through our decisions and actions.It is not that some are, some aren't. Whether we think of ourselves as outsider, bystanders, mavericks, entrepreneurs, everybody is creating what our visible social reality is. If we want to change our "reality", we need to change how we think and what we think. As Einstein famously said,

the world we have created is a product of our thought. We cannot change it without changing our thinking.

Taking our dreams seriously and turning them into strategies

The time is "Now" o'clock at the world's watch! It not time to fall sleep. It is time to stand for our integrity and to imagine alternative, sustainable futures in a more democratic and inclusive manner.  Time to take our dreams seriously rather than let them be kidnapped by Bill Gates, Jeff Bezos, Klaus Schwab or others. Time to become seriously aware that Vision without Action is an Awakened Dream AND that Action without Vision is a Nightmare! A nightmare none of us has ever anticipated but which everyone of us is about to experience a lot quicker than expected!

Let us all get together, think and act for a Change! We need to empower our Transformative Visions, Dreams, Utopias and turn them into strategies.