Shapership: a word to open new worlds, a concept and a practice
The Art of making the Future desirable, viable and actionable.

Shapership is a new concept associating

Why this new concept?

Amidst all the diverse opinions in our world at the moment, most people agree on one thing: we will not be able to solve 21st century issues with 19th and 20th centuries ways of Thinking and acting. The inherited vocabulary around Leadership, Entrepreneurship and the "windows" it opens in our minds are no longer adapted to help us adequately face the complex challenges of our times. Shapership opens more appropriate perspectives.

Shapership is neither Leadership, nor Entrepreneurship. Even if connections exist, of course, and if mutual enrichments can be achieved.

At the core of Shapership, lies a shift in Awareness and Thinking: a completely different way of Being, Seeing and Acting to give new shapes to the World and to Society.

It is based on a fundamental attitude and aptitude to "see" what is possible, beyond "what is". It emerges from the simple consciousness - "belief" or "Vision" - that another "world" is possible, that "what is possible is richer than what is".

Shapership is having this enlarged Perception or Vision of what we call "Reality". It means adopting vanguard lenses and paradigm shifting visions, making a creative reconstruction of what we commonly accept as "normal".

Shapership is a "Utopia in action"

Radical Thinking and Imagination to open up new paths to the Future and have a transformative impact on Society.

Shapership operates from a new level of Consciousness, way beyond Ego-awareness.

It opens meaningful and progress-generating trails for the whole human "Eco-system" that people may decide to follow.

Shapership can help to think more appropriately about the Future and about the way each of us - regardless of origin, gender, race, country, educational level, status, domain of expertise, social group or Culture, - want to become a Shaper of the Future or to add certain dimensions of Shapership to their current existence.

The fact is, in today's interconnected world, you don't have to be a Leader or to have
a "title" to take a stand, do something important and to make an impact on Society.

The key rests in the way we look at the world.‍

It is time to reverse the traditional way of looking at things, attributed to Saint Thomas:"I only believe what I see"." I see what I believe" is much more appropriate.Above all, Shapership is a way to "look" at the world, completely aware that "the eye only sees what the brain is ready to understand", thus that we have the power and freedom to change our "Reality".

Shapership stands for building the Future on Imagination, Desire, Hope and Radical Wisdom, to resist Stupidity, Fear, Despair and Violence
Our book
Your current glasses may distort your Vision of the Future
Shapership is the power and freedom to change the Stories that shape our Life, so we can change the way we shape the Future

We never see "Reality" as it is, we see it through our own lenses: our worldviews, beliefs, assumptions, perceptions.

In other words, what we call "Reality" is our own creation, a series of meaning-making stories we tell ourselves. These are our Maps.

Our "Mental maps" are not THE "Landscape" but they define how we shape
the landscape.

The stories we create "write" our lives. They shape the way we see ourselves, what we believe is "true" , "good" and "possible".

They shape the way we see our Future, thus the decisions and actions we make today and the way in which, each of us, participate in maintaining the status quo or shaping a new world, based on genuinely different worldviews.

"The world we have created is a product of our thought.
We cannot change it without changing our Thinking."

Indeed, the visible Landscape outside is the "mirror" of the invisible Landscape of our "mental MAPS.
So, at the core of Shapership is this simple idea: If we want to change our "Reality", we need to change how we think and what we think.
We need to change the "stories" that shape our lives to become capable of changing the way we shape our world.
‍The key rests in the way we look at the world. In other words, in our capacity to map our mental maps and the Landscape they allow us to "see".

Why this concept?
What can Shapership bring you?
The Altitude Attitude: Radical Thinking and Imagination that aim to have
a transformative impact on Reality.

As an Utopia in action, Shapership allows to make transformative meaning-making stories of the Future visible, desirable and actionable.

It can bring you the capacity to reshape your maps so you can actively shape the landscape. Shapership can help you become an "I Opener", an "Eye Opener" , an "Eye Hopener" and a "High Hopener", able

It's about daring to DREAM because dreaming the Future can create the Future. We may have no idea how to do it. But somehow, thanks to a Vision, we make the impossible possible.

In the face of the enormity of the changes needed, we must continue to dream about the world we want to create. Only by setting that horizon, can we create a world that is truly better than the one we live in today.

See more about the reason Why?
How does Shapership happen?
The Altitude Attitude: a practice that connects 3 levers for maximum impact

If you are a purpose-driven person, you probably know that our ways of Life - and our ways to destroy Life - must make place for other ways to see, think and act. You may also feel, in your heart, an aspiration to live a meaningful Life, in tune with your aspirations and values.

This is the Shapership Attitude; it rises from your inner integrity and "Soul Compass".  Now, here is how to put it in practice. We climb a metaphorical scaffold and from the top, we have new perspectives and points of view on our Present and Future "Reality".

It requires to connect 3 levers for maximum impact

What our clients say 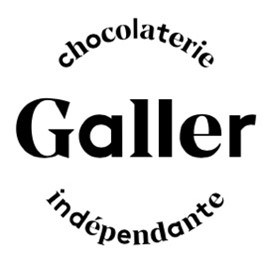 Enthusiastic supporter of "Shapership", the Galler chocolate factory has adopted a new economic model based on the convergence of interests for a more just and sustainable world. 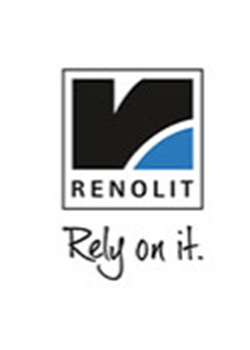 I have always had a problem working with consultants! This is why I really appreciate collaborating with Creative ConsulTeam, or, should I say, with Aline & Jean-Louis.

CEO, Member of the Board
at
Renolit (Medical Equipments) 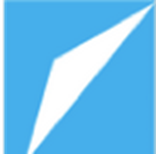 Aline Frankfort and Jean-Louis Baudoin are two peerless strategists who have been my key resources persons during the strategic repositioning exercise performed at Materia Nova ...

Aline and Jean-Louis have brought us the tools and the open confrontation to make us think hard about our future ... 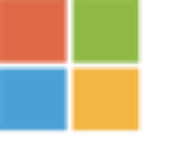 It was like travelling for the first time with a flying saucer when you only have been doing bicycles till there... 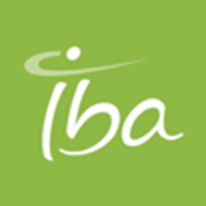 Highly recommended for teams ready to be challenged!

They possess the rare talent and the real expertise in changing ways of seeing, in making creative and disruptive concepts and ideas emerge from a group of people...

Their main asset is, I believe, pushing people out of their boxes and think differently... 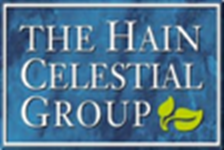 Their "listening” capacity, their “intelligence” of human nature and their unique sense of humor... 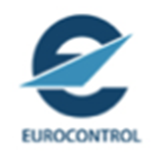 Aline and Jean-Louis significantly helped our Management Team to overcome our limiting assumptions and beliefs...

Their approach is a real new experience and their methodology will surprisingly stretch your people's mind beyond expectations...

On a personal note, I particularly appreciated your professionalism, your listening skills, your good humor and, last but not least, the fact that you were never politically correct...

Let's connect
for a customised approach

You are welcome to make contact if you wish to have a conversation and meet us. We are friendly, funny, informal and professional!