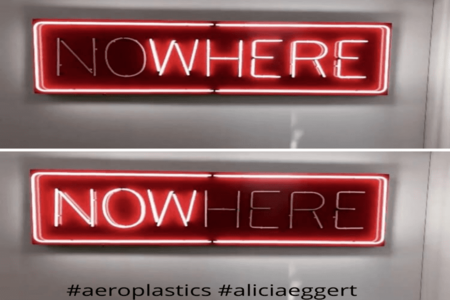 The Future we imagine is the cause of the Present

Without Imagination, we are stuck in the dominant worldviews of Neoliberalism

We are going through a period of "Intellectual Pessimism" and of "Optimism of the Will". Our Intellectual Pessimism is evidenced by the fact that no one seems to have a serious alternative to the current situation. And our Optimism of the Will is demonstrated by the fact that, in spite of an absence of alternatives, there is a general desire for Change.

As an homage to Bernard Stiegler, one of the major thinkers of our times who died on August 6th 2020, here is an excerpt of his totally bullshit-free prose:

In relation with the state of the Planet, people are aware that things cannot go on the way they are and that, if nothing changes, the Planet is doomed. There are plenty of things to be done but we are governed by depressive morons and Depression can lead to Madness. (...) University scholars are not doing their job, lock themselves in ivory towers and don't manage problems. How come that no one feels concerned by that? We are living in a system of organized cowardice! Hence the need to become involved. We are all exposed to this ordinary madness. Some deny it and pretend they are just fine, but those are the morons, because we all have ups and downs, we are fallible, as Christ proclaims. They deny because they need to convince themselves so they can sleep".Today it is key to relaunch a Dream Society. Man must dream during the night but must also dream when awake for it is from dreams that emerges the possibility to produce anything new.

Can the power of Imagination help us escape from an eternal Present?

The Future is NO where / NOW here!

The Future - like the Present - is a "representation", a story we tell ourselves. The Future we imagine can become the cause of the Present. or, more accurately, the Future is already the cause of the Present since we all live, even implicitly, and emotionally, with an imaginary Future in mind. A Future that we tell ourselves here and now, even implicitly and which impacts all aspects of our lives, especially the way we set our priorities and make decisions NOW.

If Imagination has the power to change everything, it is because it can bring counter stories of the Future to the surface which can generate Desire and Hope.

It identifies a Future, allows others to see it, also to believe in it, in short to create a representation of it and to aspire to it. Something may call us towards that Future. Something within us creates the desire to move forward. That what we have called the "Eros" of the Future. This strong "lust" may confer the density of Passion - and the power to act collectively to boot - to a utopic thought

Shapers have definitely come out of Plato's cavern and saw that another world was possible. They have a different way to look at the world. They dare think Big and Creative. They dare challenge conventional Wisdom and develop visions of a radically different Future, bearer of Hope and Desire. The transformative impact of Shapership rests on three interconnected pillars: