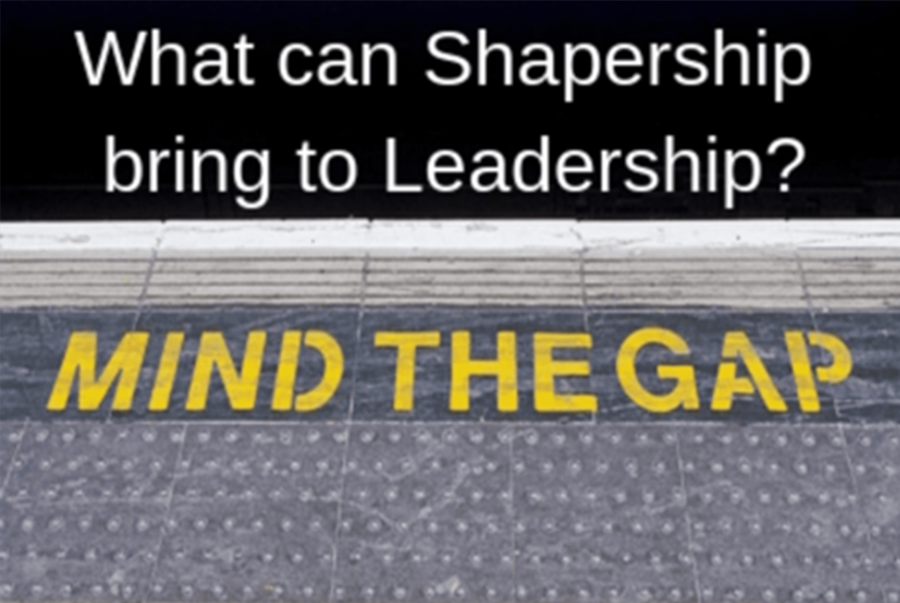 What can Shapership bring to Leadership (Part 2)

"Since 10 years, I write here about the future of Leadership, in the context of the Disruption Economy. And in ten years, I have never come across a text summarizing so well what Disruptive Leaders do and will do to stay afloat."

We are honored by the comment our friend Didier Marlier made about this article and particularly proud he published it on his website. It was then published on ours.

Shapership is this capacity to Shape the Future and inspire others to engage in change.
What makes Shapers so inspiring? The Do's and Don'ts of Shapership will give you an answer.
If you are a Leader, what can "Shapership mean and what can it bring you? A real inspiration to become the kind of inspiring leader you may want to become in this disruptive economy. An Eye (H)opener.

Last week, we published the part 1 of this article, introducing a new concept we created: “Shapership”,the Art of Shaping new realities, opening up new path to the Future and bringing significant and beneficial changes to Society. It is the capacity  to reshape how people see the future, hence influence it. Given the success and quality comments of many of you, CEO’s, entrepreneurs, senior execs made, we recommend you read the first part before getting on to the 2nd part which we publish today.

This concept may be an inspiration to become a Shaper of the Future or add certain dimension of Shapership to your current Life.  It is food for “Brain disruption”.

Shapership is this capacity to Shape the Future and inspire others to engage in change.

What makes Shapers so inspiring?

As an answer, here are some of the Do’s and Don’ts of Shapership.

If you are a Leader, what can “Shapership” mean and what can it bring you?

Imagine a CEO, busy with a fundamental question: “What’s next for my company in this turbulent world?”

There are new issues to face. Shifts are happening outside!

He and his team observe 5 ruptures

He knows all that. But that’s easier said than done.

Why?  Because it is a rational statement of what should be done.But at the end, decisions are generally made for emotional reasons.

So even if his mental maps are regenerated and now accurately represent the world as it is emerging, he might not be in the right state of Consciousness and Being to find in himself the courage to decide what SHOULD be decided and what the world calls for.

Instead of being radical, imaginative and purposeful, he might find himself trapped in the regression forces, tempted to preserve the status quo and the comfort zone.

He might even fall into the illusion that short-term corrective measures can be enough.

We had to face such a case once.

Reharsing the Future with options

We created 4 scenario-based strategies which told 4 alternative Futures for the company, depending on how much they – read the CEO as the main actor in this case – could DECIDE to be in tune with the world and operate from theFuture.

Have a look at the succession of “Nos” and “Yesses” we identified.

Scenarios 3 and 4 were operating from the Future

It emanated from a radically different attitude: the Shapers enlarged and deeply humane Consciousness. And the big “Yes” emerged from the desire and capacity to give new shapes to the world.

By rehearsing their 4 possible Futures, – experiencing what the Future feels like within these alternative frames and what options it opens up or closes down – the entire team clearly identified the assumptions, beliefs and main decisions that would enable each of the scenario to become “reality”. They also developed a Memory of a desired Future that enabled them to identify their Big “NO” and their Big “YES”

They now had developed shared Perceptions on 4 key points:

The 3 shifts needed to embody Shapership

They are now busy making the impossible possible happen!

Shapership can be a source of inspiration for everybody. Everyday.