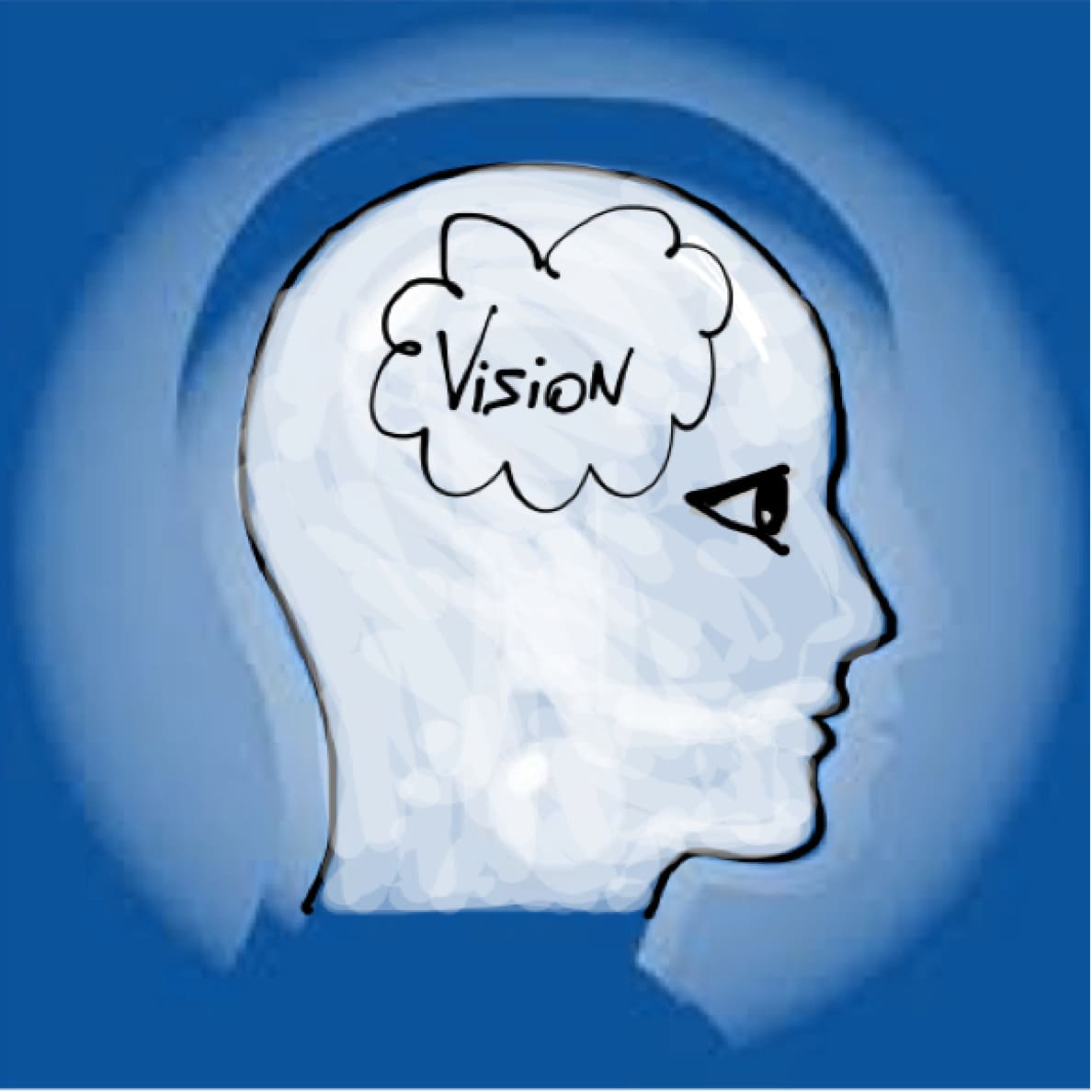 A word to open a world of Possibilities

Is our world going crazy or what?

At this very moment, the US Republican Party is attacking Businesses that claim to take climate change into account in their investments.

Look at the comments on this decision made by the New York Times on June 7th 2022: “How an organized Republican Effort punishes companies for Climate Action" (https://www.nytimes.com/2022/05/27/climate/republicans-blackrock-climate.html):

Across the country, Republican lawmakers and their allies have launched a campaign to try to rein in what they see as activist companies trying to reduce the greenhouse gases that are dangerously heating the planet.

This is a decision taken in the name of “Freedom of Business”, freedom to destroy the planet as fast as they want based on their conception of “Liberalism”.

A secret for no one

The Italian Philosopher Gramsci had it right when he said:

"The old world is dying, the new world is slow to appear. And in this twilight zone, monsters appear".

It is indeed a secret for no one that our current world is going MAD. More precisely, the way we live on this Planet is leading Humanity towards Mutually Assured Destruction. The decisions we take NOW will allow us to continue an organized human life on this planet. Or they won’t.

‍1/ Adopt the Ostrich Strategy and bury our head in the sand: ‍continue to be stuck in the dominant worldviews, old assumptions and ideas that only lead to the endless Repetition of the S.O.S - Same Old Solutions (another version being Same Old Shit ) which pretend to solve problems using the same old unsustainable paradigm. But it is not because the ostrich buries its head in the sand that we cannot kick her ass…even if we admit that it is not really encouraging.

2/ Stay focused on “Apocalypse Now” - the end of the world (except for the “Happy Fews” who will leave this planet for another one) - and remain prisoners of the “regression” forces: Fear, Fatalism, lack of Imagination, Ego, Confusion, Hopelessness, Desperation or Cynicism. This is happening to myriads of young people at this very moment. Have you seen the increasing suicide rate over the last years? These youngsters know the Life they don’t want but don’t find the force and imagination to create the one they want. Without Imagination, they are locked into what we call the “Nostalgia of the Future”: a poetic awareness of a Future forever gone‍

3/ Think big and radical (remember that radical means back to the root) and fight for “No Apocalypse, not now”.We activate the kind of Integrity within ourselves which can lead us to take a stand for what is truly fair. That's what we call; the “Altitude Attitude”.  a higher vantage point from which we see things with fresh perspectives, and  reengage with our Life, in full coherence with our “Soul Compass”.

Because we know that what the world needs is not "more efficient" solutions to old problems but radically new Visions, Shapes, Perspectives and Approaches. Because we have a “soul compass”, an inner place within ourselves which “knows” that, instead of keeping conforming to obsolete models, our ways of Life – and our ways to destroy Life – must make place for radically new ways of Seeing, Thinking and Acting. There is no need for another Greta Thunberg to remind us that. This inner voice inside of us also perfectly knows that another and more beautiful "world" is possible.

The Altitude Attitude is the core of Shapership in action, as we will describe here under.

Now, more than ever, we need to imagine our way out of the Unimaginable.

‍Now is the time to dare take a leap in Imagination in order to create counter-stories of the Future. Narratives that resonate with our deepest aspirations, arouse Hope and Desire, the only forces capable of overcoming Fear, Despair, Violence and Regression.

This capacity to shift perspective, to think radically (at the root), to unlock Imagination and to craft new realities is what we call "Shapership: the Art of Shaping the Future." Shapership is our invitation to people of all ages who, instead of focusing on repairing or fixing a dying MAD Land, aspire to boost their Imagination, and actively shape a viable and desirable NO MAD Future for their family, communities, organizations,"territories" or field of practice.

The fact is, in today’s interconnected world, you no longer have to hold a Leadership position to take a stand, do something important, and make an impact on Society.

Based on 25+ years of practice, Shapership is a concept we invented, a book we wrote and a set of practices we designed to open a WORLD - which is neither Leadership nor Entrepreneurship.

‍Shapership is the Art of shaping the Future, opening up new paths to the Future and transforming Society for the better.

In its essence, it is changing our ways of seeing and thinking to make radically different Futures visible, desirable and actionable. It  is above all a way to look at the world “as it is” and “as it could be” with Radical Authenticity, Creative Imagination and Unconventional Wisdom to escape from the prison of "representations" and to open new paths, until now invisible, towards possible Futures that generate attraction and desire. What we call the"Erotica of the Future.

Sorry for Saint Thomas! Shapership is exactly the opposite of the saying attributed to Saint Thomas: "I only believe what I see".‍

The key point is that our “mental maps” are not the “landscape”, but they define how we shape the landscape.

Based on what Bergson said, ‍

“The eye only sees what the brain is ready to understand"

Shapership is about the power and freedom to consciously shift our perspectives, our perceptions and beliefs. In other words, to challenge our mental maps and the stories that shape our lives.

That includes our story of the Future - a story of what "could happen", within the limits of our perceptions and Imagination- which shapes how we feel as well as the decisions and actions we make TODAY.

Shapership answers the need to build the Future on Imagination, Desire, Hope and Radical Wisdom, to resist Stupidity, Fear, Despair and Violence.

Why did we invent Shapership?

We are passionate about Creative Thinking, Imagination and how our “mental Atlas” shapes the Landscape. It is clear to us that humans will not be able to solve 21st century issues with 19th and 20th centuries ways of Thinking and Acting. Both Mind-Openers, experts and teachers in creative Thinking and strategic Innovation, the Art of shaping the Futures is our passion. It is based on our core expertise: "Shifts in Minds for Shifts in Action”. Since 25+ years, we help people, teams and "Communities of work" to face their challenges with the Imagination, bold Thinking and Creativity needed to escape the existing paradigms and shape radically different and desirable Futures.

Back in 2015, we became tired of hearing that everywhere around the world, courses on “Leadership” and “Entrepreneurship” were proliferating, as if those were the only two solutions to “save the world”.  They definitely are not if they operate with old guard “lenses” and paradigms. The inherited vocabulary around Leadership /Entrepreneurship and the “windows” it opens in our minds are no longer adapted to help us adequately face the complex challenges of our times.

So, we looked around for people who were NOT leaders nor entrepreneurs and who had changed the shape of the world by opening radically new paths to the Future.

We found many of those people - in all countries, of all ages, backgrounds, genders, and levels of Education. We decided to call them “’Shapers” and to write a book about them, more specifically about their way of “looking” at the world.

We looked at their Attitude of Radical Authenticity, at their Creative Imagination and Unconventional Wisdom and how it led them to escape from the prison of "representations", to see things with fresh eyes, to challenge the status quo, to unlock Imagination and generate Life-affirming approaches which give hope and show that viable Futures are possible.

Shapership is the process they all seemed to have followed, based on their vital capacity to "shift" perspectives and “craft” new Reality.

It is this inspiration we compiled in our book, with very little theory but many stories illustrating the concept and intended to inspire readers.

Shapership as a Method and a practice: the Altitude Attitude in action

As a practice, Shapership allows "transformative journeys into the Future" with a soul compass. Its transformative impact is derived from the coherent articulation of three very simple elements all Shapers activate, as anyone can do in his/her everyday life. To indicate their Radicality (back to the root), we have given them a name:

When connected, these three elements generate the"Altitude Attitude" which has a transformative impact on Reality.

As an example we use in our book, look at the fantastic story of Aravind Eye Care Hospital founded by Doctor V, a retired Indian Eye-Care surgeon.

A concrete example from our practice

To illustrate Shapership in Practice, here is the example of one of our clients: the Galler chocolate factory.

This company has made a radical change - committing to a fair and sustainable model to change the world of chocolate – it is about integrating the planet and the people who are stakeholders in the company - both the growers, the management team and all employees. A Governance model where people and the planet are at the center.Moving the lines in the chocolate industry, measuring the impact on the environment.

We applied Shapership with the CEO and the management team. This approach helped them change their paradigm, to broaden their perspectives so that they could

Thanks to their tremendous work, they managed to mobilize everyone internally. Today, post Covid and less than a year after the terrible floods that totally devastated their factory, they are living their rebirth as a collective victory. To confirm this, they have sent an invitation to their June 21 party signed by 170 people on their march towards a future just and sustainable world.

This is their big YES!

For another example, you might look at this article "what can shapership bring to leadership?

So, to shape or not? To shape, that's the question!

Shapership offers appropriate perspectives to tackle the issues of our time: it opens ways to face Reality in creative and visionary ways, to consciously shift perspectives and regenerate our mental maps, to think radically (at the core) and unlock imagination to transform Reality.

It answers the vital need to move from "Apocalypse Now" to "No Apocalypse, Not Now".

Shapership offers a force and a set of practices enabling to move from the “From the Nostalgia of the Future” – the poetic awareness of a Future forever gone - to the “Erotica of the Future”: an irresistible impulse towards the Future we want to create.

It also offers a good reflective surface to the question : How can we successfully move from the current MAD LAND (characterized by Massive AssuredDestruction) to NO MAD LAND, based on “Mutually Assisted Development)?

It can be applied by anyone with a strong desire to shape a new world.

This is a way to become

Want to receive our book and meet us? We will be happy to arrange a meeting.

We have many other examples.

Direction comes from the "Altitude Attitude". Enjoy the Vision to Action Elevator

Read More
Wise moves from MAD to NO MAD Land

The next wise move: from MAD Land to NO MAD Land

“Direction comes from altitude". To make wise choices, move from the Usual Roadmaps to …Broadmaps

Read More
Wise moves from MAD to NO MAD Land